We managed to visit SIX breweries on Seneca and Keuka Lakes during our weekend visit to the Finger Lakes. The majority of these were new ones for us that we had either missed on prior trips, or that had opened more recently. All in all, they were very impressive not only with quality of beer but also with the friendliness of their staff and ambiance of their breweries.  Check out our reviews of Steuben and Bacchus Brewing Companies. Here’s the scoop on Heavily and Lucky Hare Brewing Companies: 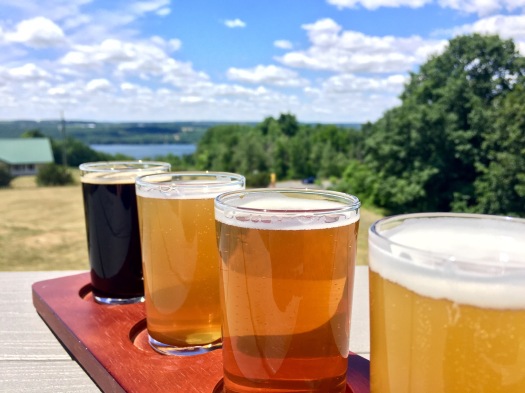 Brews with a View at Lucky Hare

Check back soon for the next set of breweries from our Beer-end at the Finger Lakes!